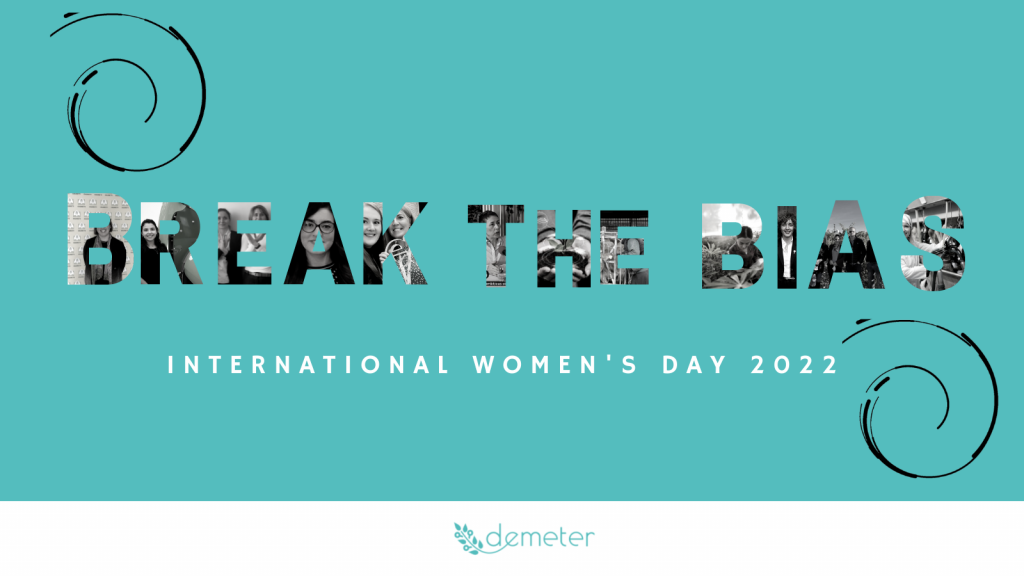 International Women’s Day is a global holiday celebrated annually on March 8 to commemorate the cultural, political, and socioeconomic achievements of women. This year, the campaign theme was #BreaktheBias where collectively we can imagine and strive for a gender equal world, without bias, stereotypes and discrimination. As part of this, we celebrate women’s achievement, raise awareness against bias and take action for equality.

With that in mind, we asked some of the women participating in DEMETER to share their experiences of working in agriculture and technology, and also to look at what more can be done to #BreaktheBias.