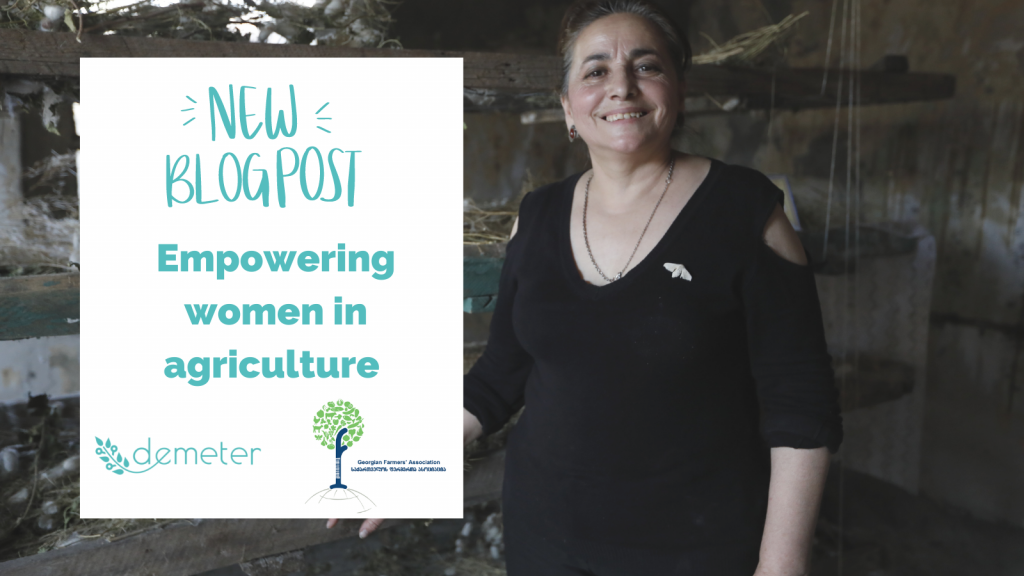 In this blog post, Irina Tkhelidze, Project Manager at the Georgian Farmers’ Association (GFA) and DEMETER partner shares with us the many initiatives they are involved with to support women in agriculture.

The economic empowerment of women is of paramount importance and an absolute prerequisite to achieve gender equality and sustainable development. Unfortunately, at the present time, women, in particular the ones from rural areas, are not exposed to existing opportunities within their respective societies. The latter can be attested to the fact that there are numerous barriers in place, such as legal, regulatory and cultural, that prevent women from exercising their rights, being active players in the processes related to economic development and having a strong foothold in their communities. With the intention to change the current stance, it is vital to remove artificially-created impediments for women, which in turn will result not only in the formation of more inclusive societies, but create opportunities for economic advancement as well. 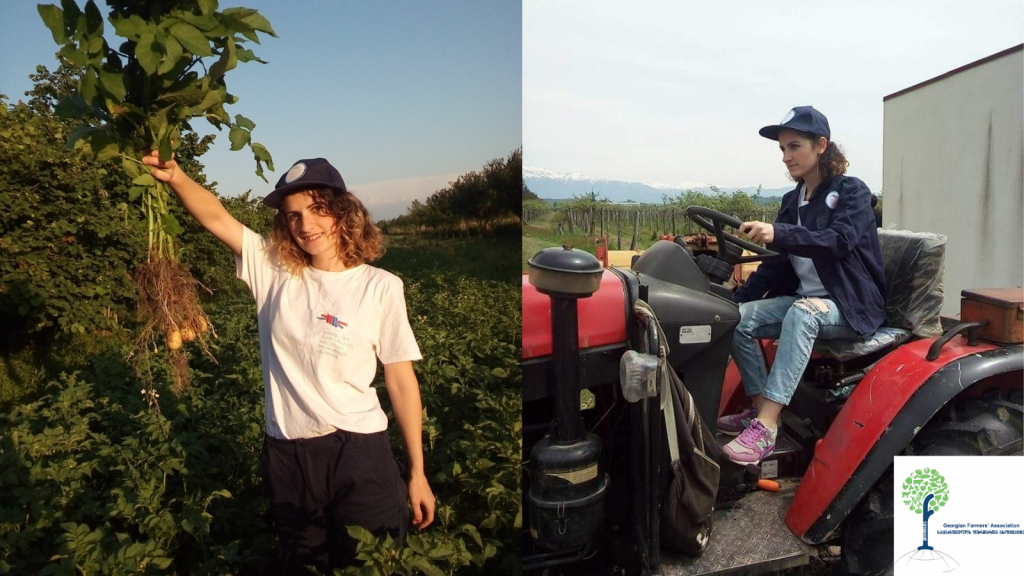 Throughout the past decade, the Georgian Farmers’ Association (GFA) has been actively involved in the capacity-building activities and overall support of women farmers and entrepreneurs. The organization is a pioneer, as since 2016 the GFA implements a dual education model, the so-called work-based learning in the field of vocational education. The latter translates into the following numbers: 111 women received dual education in different sectors of agriculture; over 300 women entrepreneurs received informal trainings both in relation to their respective sectors as well as general fields, such as business, management, communication, branding and etc.

An interesting initiative, worth mentioning, is the project which involves women from the penitentiary system. Within the framework of this action, the GFA trained 14 women inmates/prisoners in Georgia for the purpose of their re-socialization through joint efforts of government, private sector and civil society institutions.

Moreover, the GFA has also been active in provisioning grant support to women entrepreneurs. Over 100 women-led businesses were provided with grant opportunity to expand and improve their existing businesses. In addition, around the same number of women participated in the market fairs and/or exhibitions and around half of them received support in branding of their product, which also contributed to their increased visibility. In general, the GFA undertakes capacity building projects for women farmers and entrepreneurs in the fields of sustainable agricultural practices, including measures for risk mitigation and adaptation to climate change, value chain development, farm management, food safety, marketing, access to finance etc., on a regular basis.

It is crucial to highlight the fact that the GFA was the first organization to create a mobile application for farmers for matchmaking and educational purposes. Currently, over 100 women beneficiaries are presented in the mobile application “Agronavti” under a specially dedicated section – “produced by women”.  The users are able to get acquainted with the stories of women, from rural areas and gain information on the products they produce.  Also, large companies, help them boost sales within their CSR mandate, which upholds Partnership for the Goals principle of the UN Global Compact.

The economic empowerment of women, including in the industry of farming and agritourism triggers a domino effect, eventually resulting in more developed regions and societies.