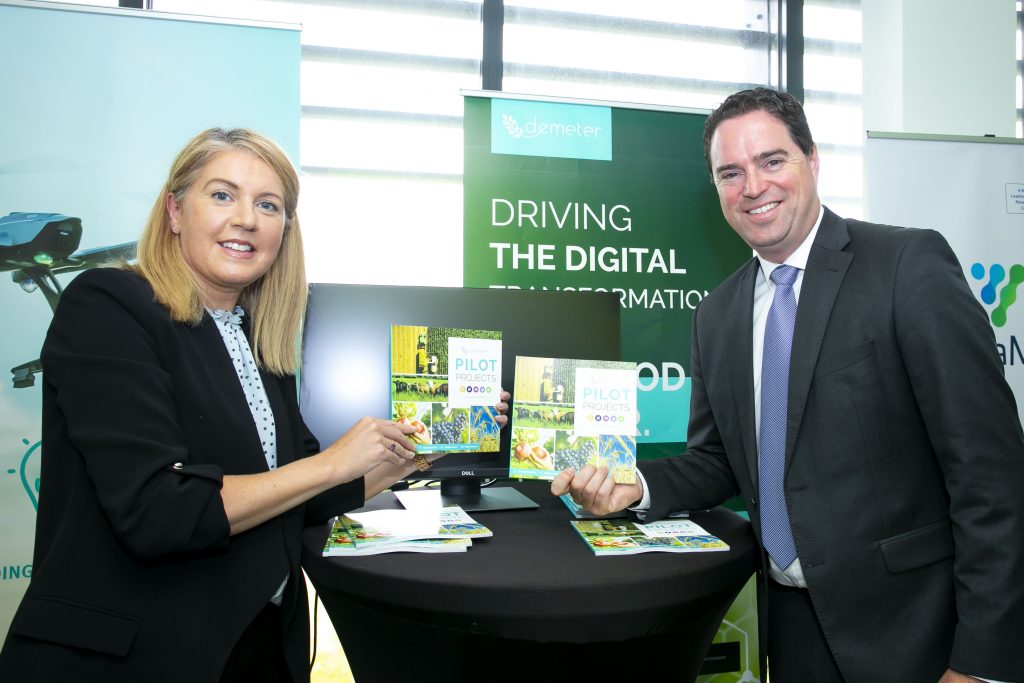 On Monday 11th July, DEMETER representatives met with Martin Heydon, TD, Minister of State at the Department of Agriculture, Food and the Marine in Ireland, with responsibility for Research & Development, Farm Safety and New Market Development. Minister Heydon was attending an event at Walton Institute, Waterford to launch the AgriDISCRETE Digitalisation Roadmap. The roadmap is one of the key outputs of the two-year AgriDISCRETE project, outlining opportunities to increase digitalisation in the Irish agri-food supply chain, informing the further development of agri-digitalisation under the Common Agriculture Policy (CAP). 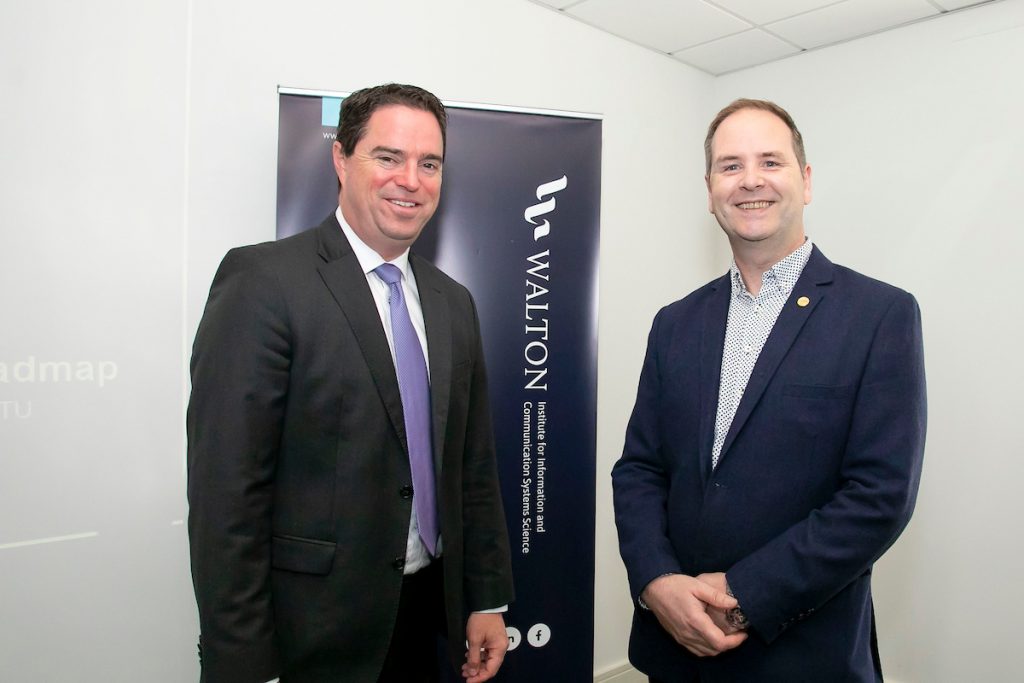 Kevin Doolin, DEMETER, meets with Martin Heydon, TD, Minister of State at the Department of Agriculture, Food and the Marine.

Speaking at the event, Martin Heydon TD said “We have already seen a widespread adoption of digital technologies by farmers such as smartphones, drones and satellites. Online bidding in livestock marts is one of the latest successful examples. Agri-Digitalisation can increase profitability, improve working conditions for farmers, and reduce the environmental impacts of agriculture while issues such as data ownership, data use and re-use also need to be carefully considered.”